Out of Zion shall go forth the law, and the word of the Lord from Jerusalem

Recently I had the privilege to attend an amazing and powerful conference in the United States, where, for the first time in what feels like a very long time, I shared space with 3000 other believers, all lifting up their voices and hands in worship of our Lord Yeshua.

That kind of gathering might have seemed “normal” to us before, pre-Covid times, but in the past almost two years we were forced to view “normal” differently. Especially in Israel, where the country is still under severe restrictions, and as a congregation, we are unable to gather more than 50 people for services (unless there’s a Green Pass, meaning everyone is vaccinated). Those kinds of restrictions, which border on oppression, have really put tremendous pressure on us, the believers who desire to gather and worship the Lord freely.

As I stood there and watched in awe 3000 people singing and praising the Lord in unison, I was deeply touched to see such a magnificent display of worship, something we, unfortunately, do not see these days due to the various degrees of restrictions, not only in Israel but in other countries as well.

There was an amazing sense of freedom in that. It brought tears to my eyes, almost like it was traveling back in time when it was wonderfully normal to gather so many people in one place to worship Jesus.

The concept of “normal” and the meaning of “freedom” has been changed, and even deformed to a certain degree. This is why we continue to pray for the Lord to lift the chains that bind us one way or another and hinder us from gathering as believers to worship Yeshua freely.

I also had the great honor to be invited to speak at a few churches, and it was a tremendous blessing to be able to minister to believers in the United States as an Israeli pastor.

As I was closing my teaching with prayer at a large messianic congregation, I felt the Holy Spirit’s powerful healing anointing, which was confirmed by several people that approached me and testified they were healed from back issues, even as I was praying from the stage, with no laying on of hands.

I was especially touched to see how people got to experience God’s healing presence, with one young man from the worship team coming up to me at the end and testifying about his severe knee injury from many years ago. The injury caused him to experience chronic pain, inflammation, and he even had a lump in the back of his knee, which he couldn’t even bend.

As he came up to me at the end, he was so overjoyed to show me how the inflammation was gone, as well as the lump that was just there as the service began. He was showing me how he was now able to bend his knee and there was no lump.

Even without specific laying-on of hands, God’s anointing was flowing from the pulpit, healing people in the crowd.

It was especially touching for me to see how everything is coming full circle. Israel — the land of our fathers, prophets, and the gospel, where it all began, from where the gospel came out and reached every nation in the world, is now seeing it all return. When God is using Israeli pastors and ministers to take them to the other side of the world to bless and heal the nations.

Exciting times to be living in, where Israeli ministers can serve the nations as God is making us available vessels to bless far away countries we are sent to. 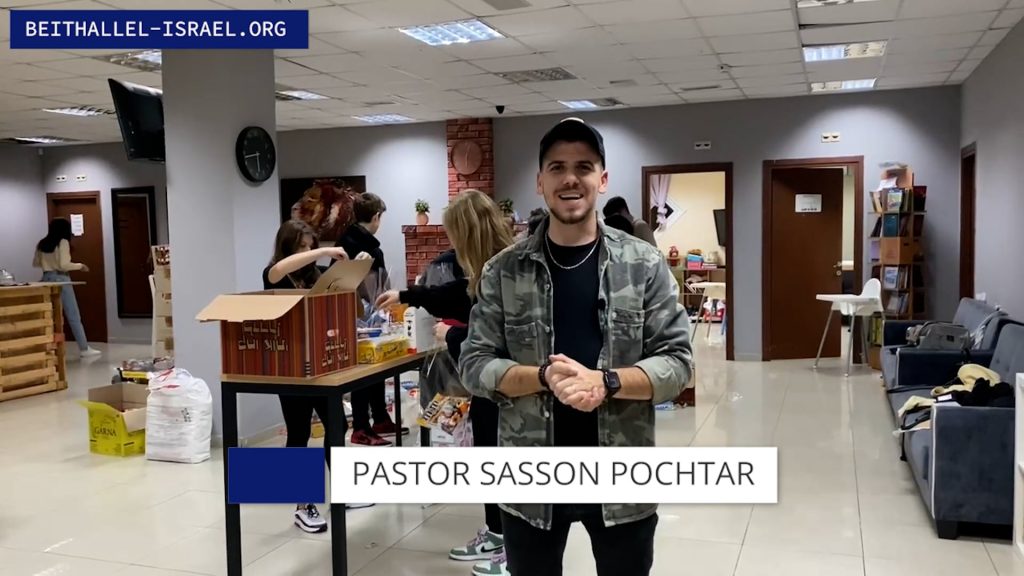