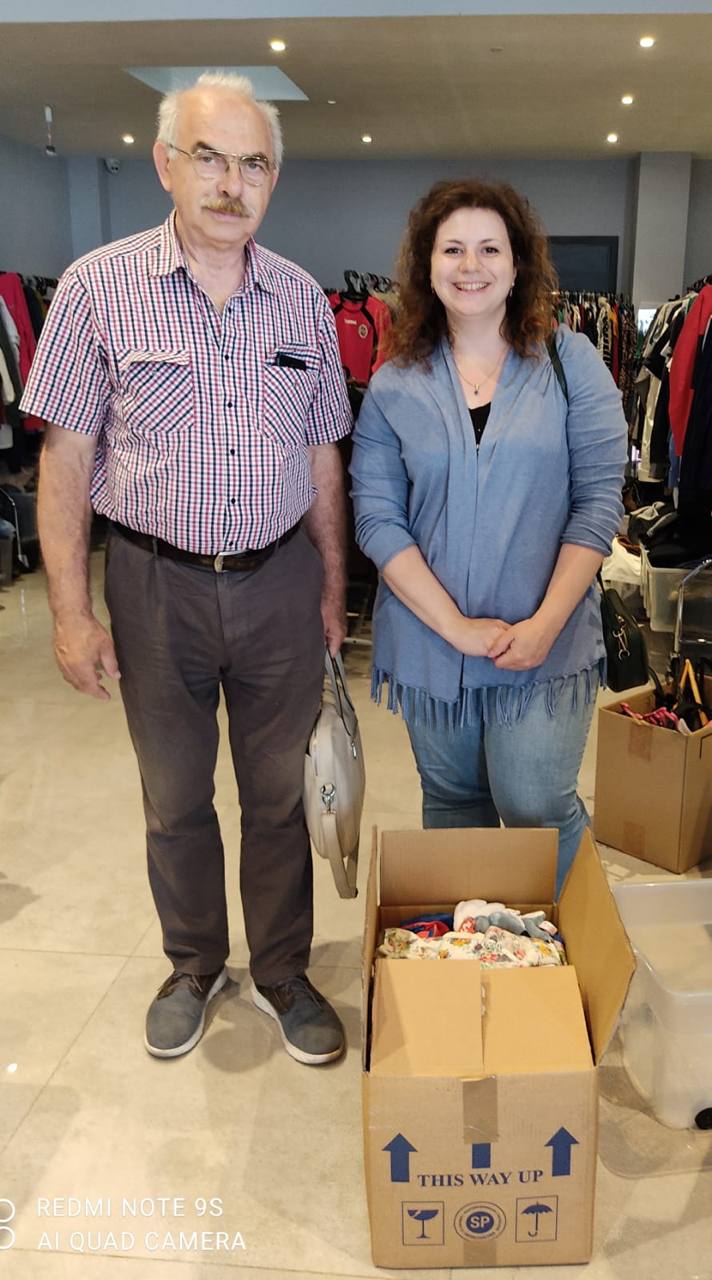 Recently we had the privilege of meeting Alena who had just made aliyah from Belarus to Israel, along with her husband and children. She approached us to find help in her time of need. She had arrived in Israel with a few suitcases and the clothes on her back, in order to start a brand-new life from scratch in Israel.

We were so happy to be able to help her with the humanitarian aid that she so desperately needed, including food, bedding, crockery, appliances, and clothes. We also took time to share in fellowship with Alena to hear her story. She shared how she had left her country of Belarus, as the situation there was deteriorating fast. They had been planning for a while to make aliyah, but there had constantly been delays and complications.

Alena is a doctor by profession, and her husband is an engineer. They also have three small children. Back in Belarus things seemed to be going fine, as they had work and an apartment, but the situation was getting worse due to the fact that doctors were being forced to go work in Russian hospitals to take care of Russian soldiers. A good friend of Alena’s refused to go as he was against the invasion of Ukraine. He was subsequently imprisoned by Belarusian authorities.

The situation was getting worse by the minute in Belarus, and pressure began to mount from Russia on Belarusians to cooperate with their war effort. The situation escalated for Alena when the head of her hospital warned Alena that she had better leave, as she would soon be forced to go and work for the Russians, but that if she left, she would not be able to return to Belarus. It was then and there that Alena and her family left Belarus for Israel.

Back at Beit Hallel we began sharing with Alena about God and offered her consolation from the Lord. As the Word of God was sown into her heart, she began to cry and thanked us for our love and help. She said that she felt the love of God as we were ministering unto her, and she also declared that she felt she had found a home at Beit Hallel.

We also invited her and her husband to join us for our Shabbat meetings on Fridays, to which she gladly agreed and looked forward to. Alena’s story is just one of many that reflect the love and support that new Jewish immigrants are finding at Beit Hallel. The love of Jesus is being shed abroad and hearts are being touched by the Holy Spirit.

With your continued support, we are able to touch countless lives for the Kingdom of God. The seed you sow into Israel will produce a harvest, also in your own life, as we read in Genesis 12:3. Thank you for your support and God bless!