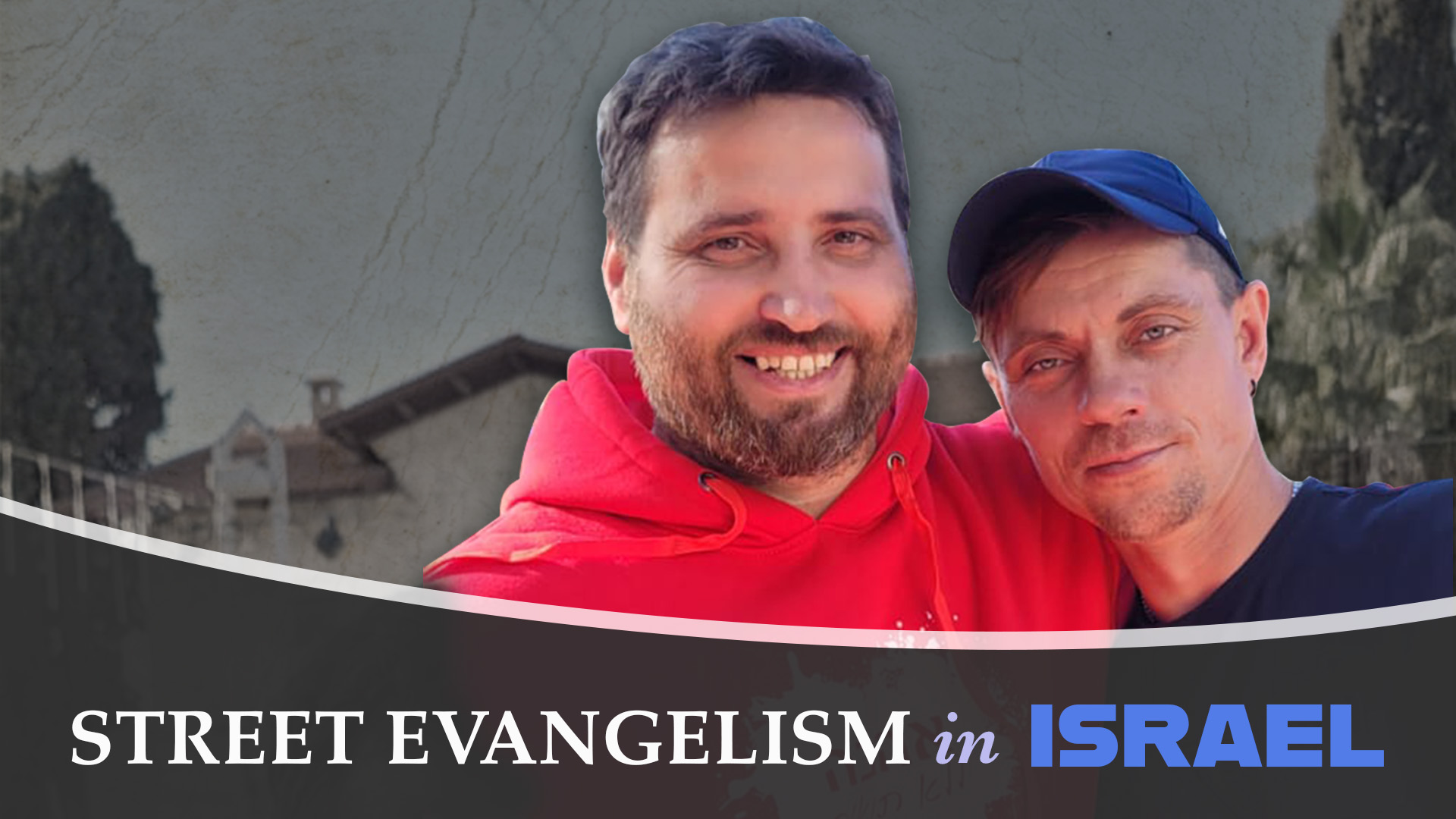 Having started my ministry as a young evangelist on the streets of Tel Aviv almost 30 years ago, I know firsthand just how hard it is. I can list ten (10) reasons why street evangelism in Israel cannot work. However, it does…simply because God is in the business of defying human logic and reasoning.

As the times have changed, many new factors have shown us there is a definite power in carrying the Word of God to people right on the streets. Recently, our team of local evangelists, led by Chaim, launched an initiative to engage in street evangelism in Haifa during this festive season.

Why Haifa? Why the Festive season?

Haifa is one of the three (3) biggest cities in Israel with the uniqueness of being a completely diverse city. It is truly a melting pot of Jews, Arabs, and Christians. People from all walks of life coexist together in one city, using the same shops, the same restaurants, and the same schools. It is the kind of place where you will see Hanukkah menorahs alongside Christmas trees lit side by side. Our team chose Haifa because we knew it would be very fruitful, especially during this holiday season when people are drawn to the concept of Christmas, even without understanding its true meaning.

Every Saturday for the past few weeks, our team of 20 street evangelists has been going out and preaching to people on the streets of Haifa, where thousands of Israelis, both Jews and Arabs, visit this city to enjoy its festive atmosphere. This is where we encountered Shasha.

Sasha is a young man that was just passing by our team on the street. When he looked at Chaim, he felt compelled to stop and speak to him. It was one of those moments out of time when God meets a man on his own personal “road to Damascus” and reveals Himself. Sasha’s destiny that day was to encounter Yeshua, and because he no longer had a single doubt in his mind, he accepted Yeshua as his Lord and Savior right then and there.

As he prayed Sinner’s Prayer, he said his heart filled with inexplicable warmth and joy. We told him not to worry, these were just “side effects” of inviting Jesus into his heart, and he should get used to it. His life will never be the same!

Testimonies like Sasha’s shows that not only is street evangelism important, but that it works. It is an especially critical role in Israel, where so many need to hear the message of our Messiah so that “…all Israel shall be saved.”