Home » Starting the year off right – Preaching the Gospel in Galilee 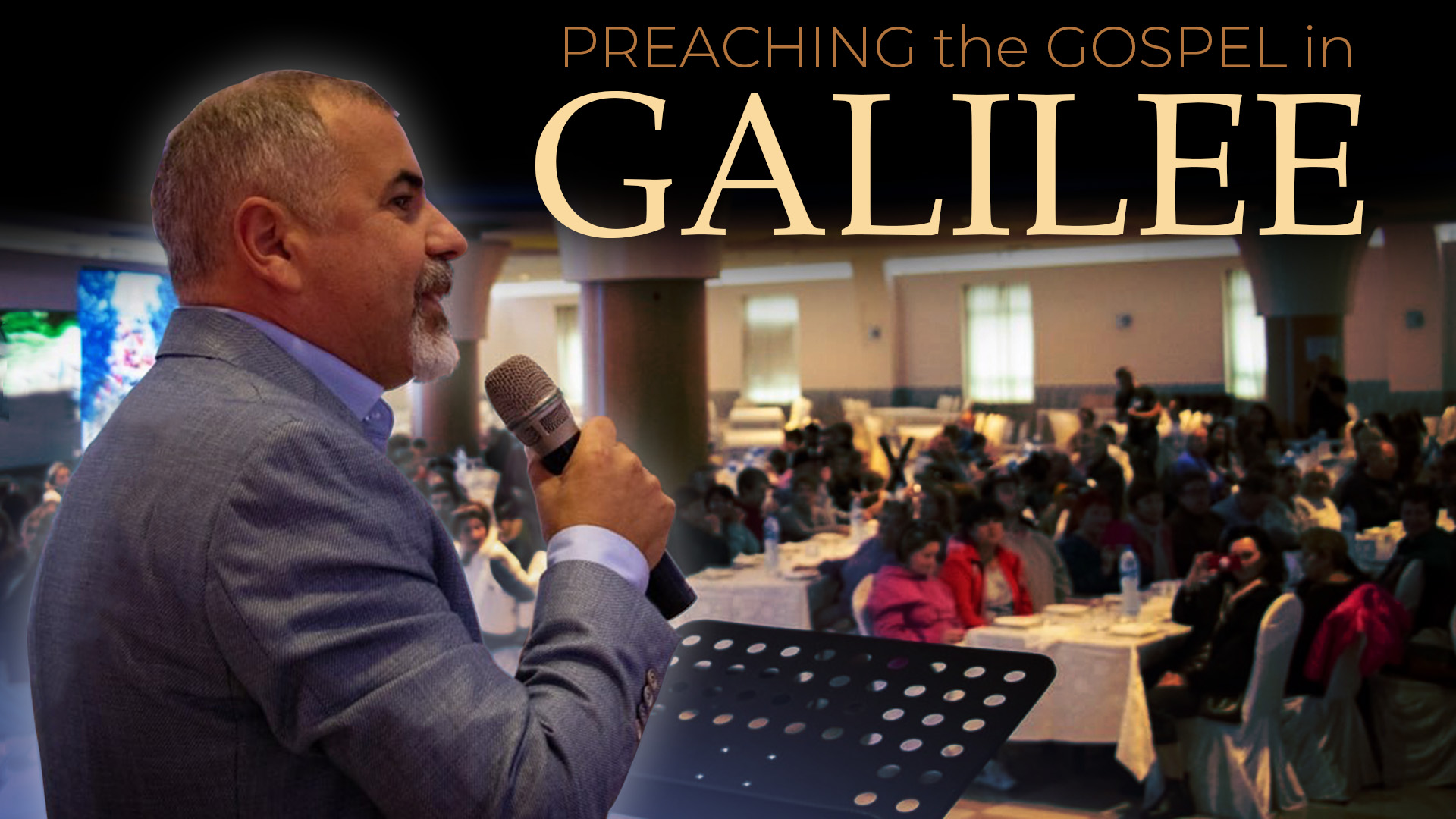 Starting the year off right – Preaching the Gospel in Galilee

I will no longer hide my face from them, for I will pour out my Spirit on the people of Israel, declares the Sovereign LORD.

Yeshua called us: “Fishers of men.” He also showed us how to reach people while He finishes the work He has started with them. This is why evangelism is still at the core of our ministry in Israel.

Reaching people with the gospel has to be at the top of our priority list, especially in Israel! It is a mandate from God that we must honor so that His name can be glorified.

Our recent gospel campaign was somewhat different. The majority of 480 people in attendance were Olim that came to Israel in the past year, either fleeing the war in Ukraine or from the oppressing regime in Russia.

There was so much sadness on people’s faces. You could feel just how much people have been through and how the darkness they faced left them in hopelessness and despair.

However, you could sense a shift when pastor Israel began preaching and sharing God’s message of hope with them. People were highly attentive and drawn to the message. Their thirst for hope was evident, and their response to the message was overwhelming when almost everyone stood up to receive Yeshua at the end.

As we prayed for peace, Pastor Israel released the Aaronic blessing on people according to Numbers 6:24-26 — “The Lord bless you and keep you; the Lord make his face shine on you and be gracious to you; the Lord turn his face toward you and give you peace.” Every single person stood up, even children. What a powerful moment!

There was a profound shift in the atmosphere as our musicians began playing traditional Jewish songs. Pure supernatural joy broke out as people started dancing and singing. The sadness was lifted, and God filled their hearts with His joy and hope.

With joy you will draw water from the wells of salvation.

As we fulfill Yeshua’s Great Commission, He fulfills His word!

To be able to stand in Galilee and speak about our Messiah Yeshua — a Jewish Galilean who was born and raised as a Jew- was something extraordinary that you can never get used to when you’re preaching the gospel here in Israel. It’s absolutely remarkable!

From the bottom of our hearts, we thank you for being such an integral part of this gospel campaign, as well as evangelism in Israel. Your support is bringing the Kingdom of God to Israel!